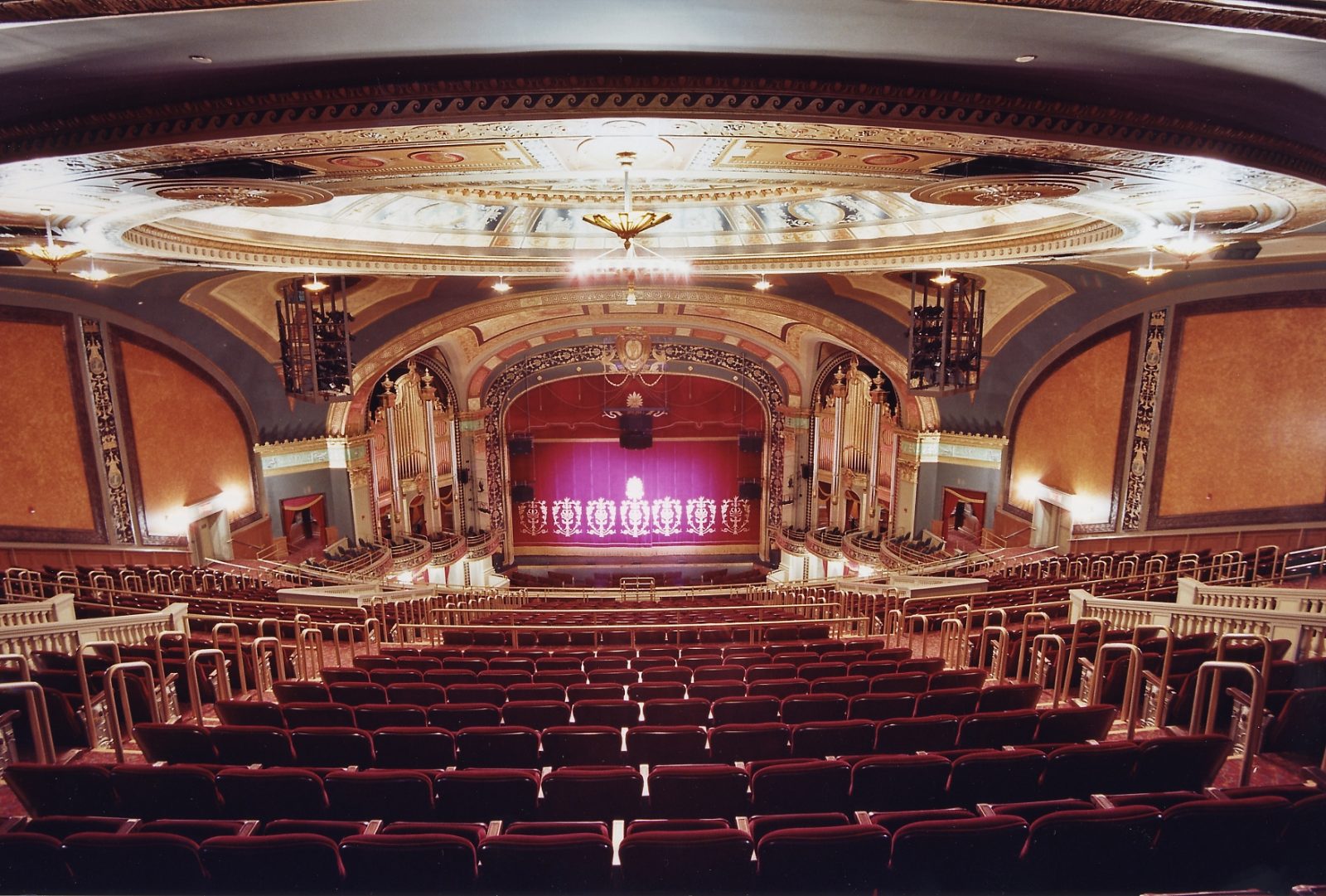 TBI worked with the Naugatuck Valley Development Corporation and the City of Waterbury to successfully renovate and historically restore the 2,700 seat Palace Theater to its original Thomas Lamb design.

TBI managed the project aggressively overcoming the many obstacles associated with construction activities in a zero lot line urban environment.  In conjunction with the given logistical problems, we also re-routed the Waterbury River that ran under the Main Performance Hall of the Palace Theater, stabilized and restored the entire Palace Façade leaving only the skin of the Façade 4 stories high and 2 feet thick to install a new steel skeleton system and the integration of a new Black Box Performing Arts Building to the existing east wall of the Palace with sound and vibration isolation that allows for 4 simultaneous performances.

The project has been a huge success for the revitalization of Waterbury’s Downtown. TBI’s commitment to safety and quality not only made the project a success at completion, but also during every phase of the work from demolition to ribbon cutting. The Palace Theater is listed on the National and State Register of Historic Places.