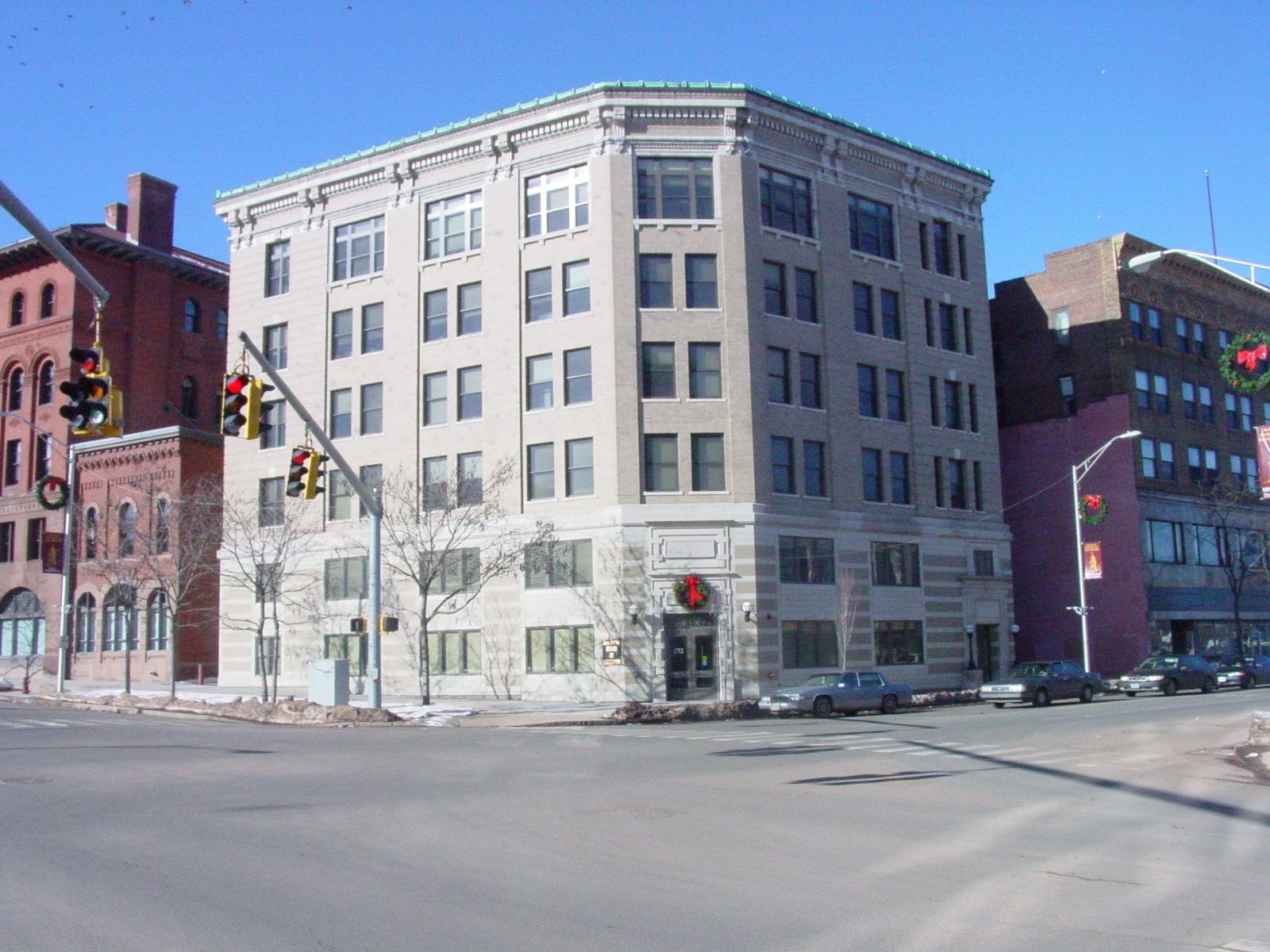 This project was an adaptive reuse of the historic Gates Building which was originally constructed in 1860 for the New Britain National Bank and now turned into modern office space for the City of New Britain Board of Education.

The project consisted of the renovation and restoration of the six- story, 37,000 S.F. existing building and the construction of a six story, 12,000 S.F. addition.  New mechanical, electrical, data and communications systems were installed to bring this 19th century landmark into the 21st century.  Renovation of the exterior of the building restored the façade and the existing masonry to its original appearance.