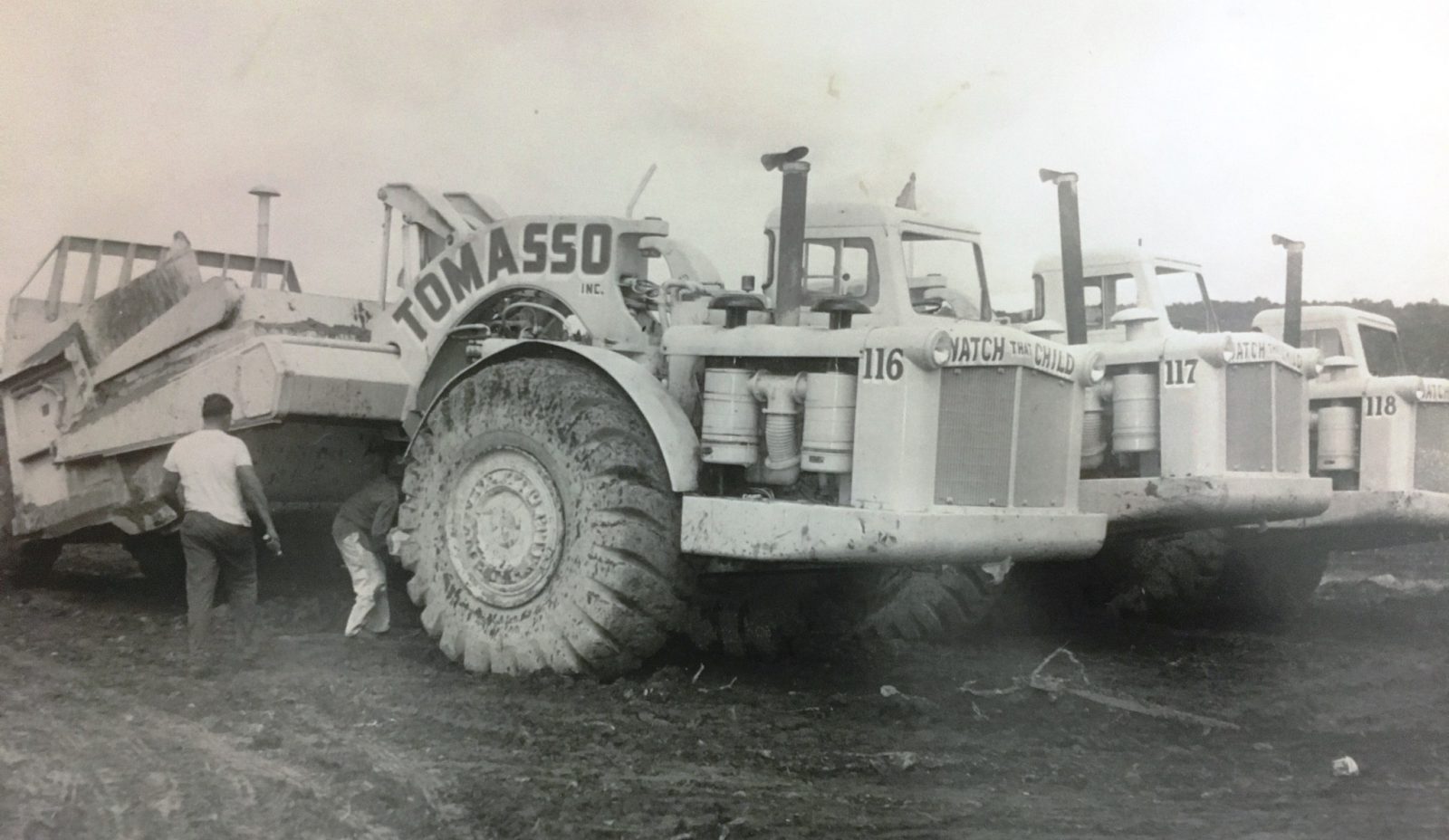 Angelo Tomasso saw himself as blessed with great opportunity and wanted to create a lasting reputation.

Foundation
In 1910, 17-year-old Angelo Tomasso, Sr. arrived in New York from the mountains of Abbateggio, Italy. He served in the U.S. Army and then worked in railroad construction; this work took him north to Hartford, Connecticut, and subsequent work as a laborer with Hartford Electric.

Company
In 1923, in New Britain with one piece of equipment – a steam shovel – he founded Angelo Tomasso, Inc. That same year he landed his first big job – excavating foundations for the Fafnir Bearing Company. Angelo was aggressive, driven, and opportunistic. He did not take success for granted. Those who worked with him described his stamina, countless hours of hard work, and remarkable accomplishments.

Among the lore of Angelo Tomasso, Sr. is the account of how he drove his steam shovel overnight from New Britain to Hartford because the contract for constructing the foundation for the Hartford County Building was to be awarded to the first to arrive on site. Angelo won the contract. His reputation grew and so did his company. As the years passed:

The Legend Grows
After World War II as the economy expanded, the company grew rapidly. During this period, Angelo’s four sons took over management of the company. Led by Angelo Tomasso Jr., Victor, George and Bill, the company began managing larger projects.

Acquisition
In 1972 Angelo Tomasso, Inc. was sold to Ashland Resources. In 1979 a British company bought the core of the former company, creating Tilcon Tomasso. The company’s name was changed to Tilcon Connecticut in 1990. 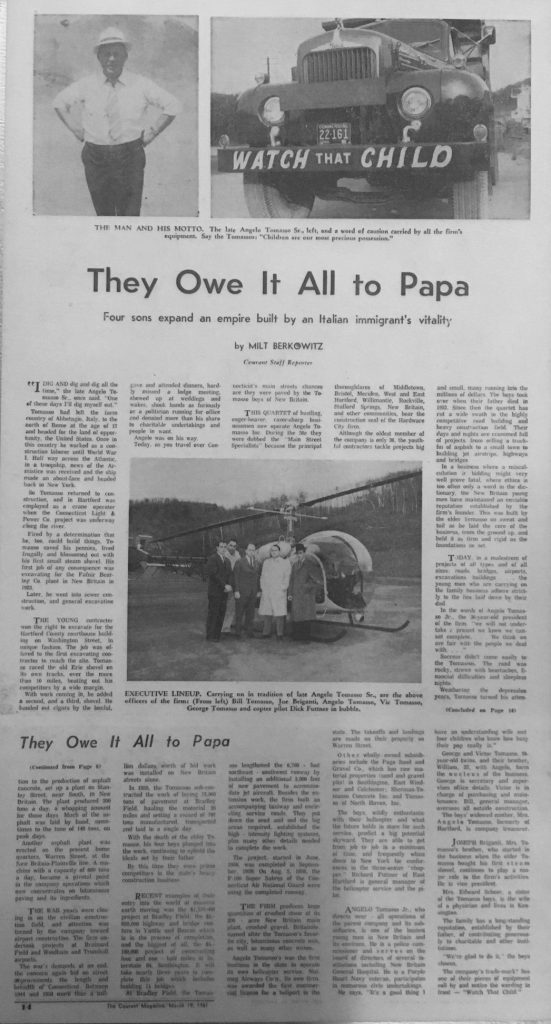 The TBI Construction Company’s business grew both from the extensive family background in highway construction and from Tunxis Management’s extensive, growing  work in property management. In the late 1980’s, the Tomasso’s expanded the family construction business to focus on building large, challenging projects in the public and private sectors.